We're here to serve you, ask us any questions you have.

The Kansas Public Employees Retirement System in its fiduciary capacity, exists to deliver retirement, disability and survivor benefits to its members and their beneficiaries.

The Retirement System has more than 325,000 members. We manage about $23 billion in assets for our members. The System also oversees KPERS 457, the state’s voluntary 457(b) deferred compensation savings plan, which has plan assets in excess of $1 billion. 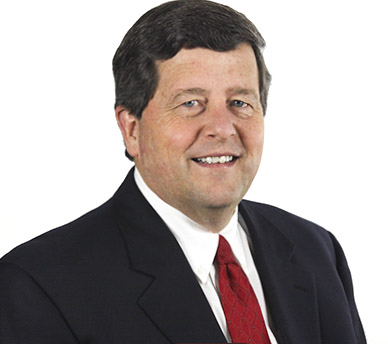 Before KPERS, Conroy served for ten years as director of the Kansas Legislative Research Department, the non-partisan research and fiscal agency for the Kansas Legislature. He was with Legislative Research in various positions since 1983. For 20 of those years, he helped provided staff support for the Legislature’s Joint Committee on Pensions, Investments and Benefits, the legislative committee charged with ongoing KPERS oversight. Earlier in his career, he worked for the Governor’s Division of the Budget.

He received a Master of Arts degree in political science with an emphasis in public administration from Wichita State University and a Bachelor of Science degree from the University of South Dakota.

“As fiduciaries, everything we do at the Retirement is about fulfilling a promise to Kansas public servants. KPERS is a team of caring people delivering dependable benefits and striving to be a trusted partner for public employees and their employers. It is an honor to lead this organization. We have more than a job to do. We have a mission.”